La Jolla United wpc's dedicated team of coaches are here to advance your athlete to their next level of water polo success. Combining for over 50 years of coaching and playing experience.

All our coaches are SafeSport certified, members of the Positive Coaching Alliance and adhere to the USA Water Polo coaches code of conduct. 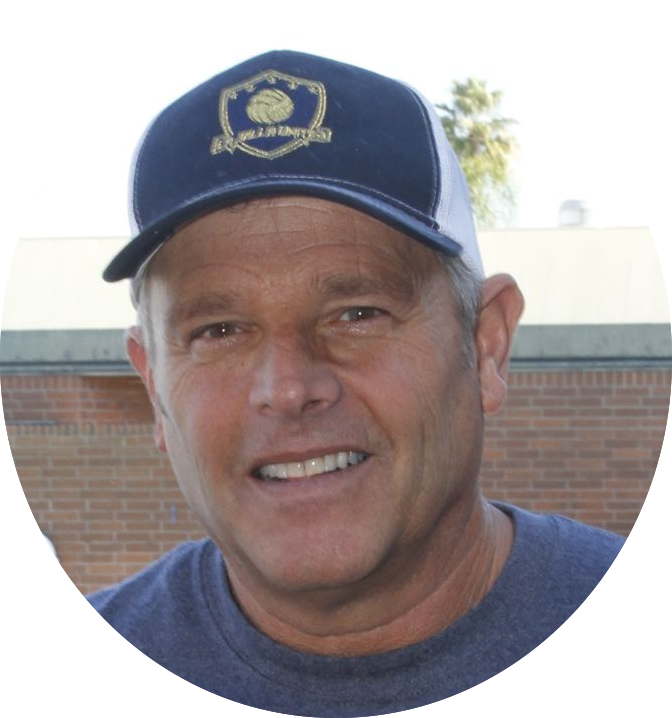 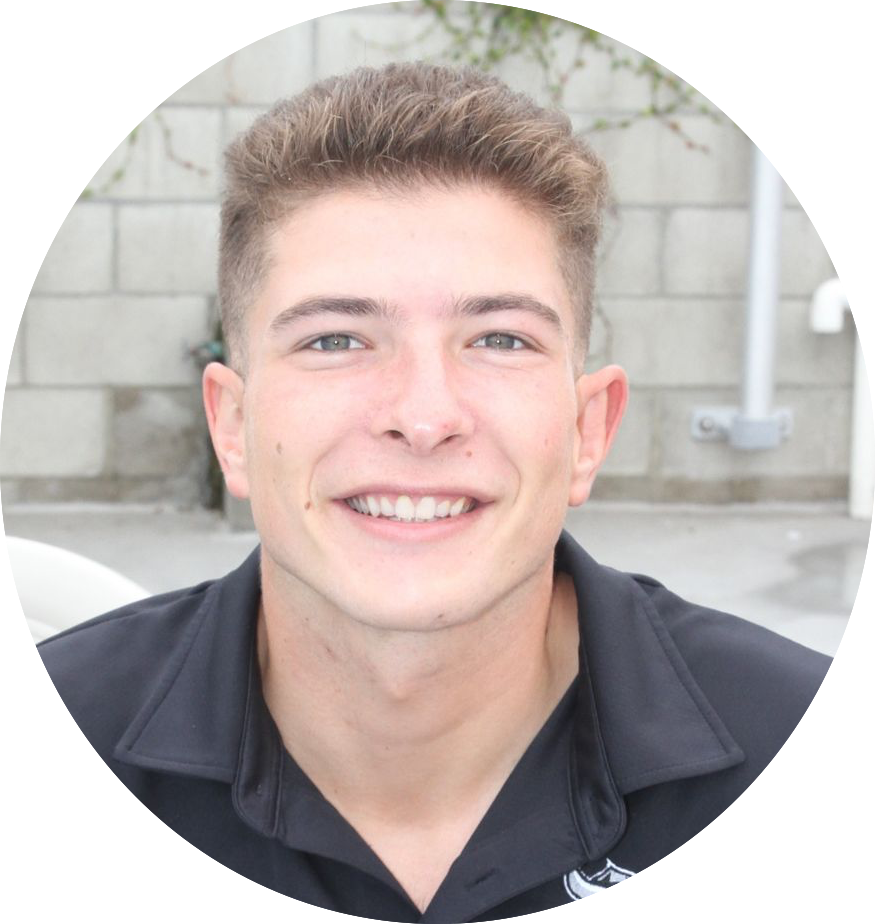 Arman Momdzhyan contributes 14 years of national and international water polo experience to La Jolla United wpc. A four-time college All-American and recent UCSD graduate who was named the Head Coach of San Diego Miramar College Men's Program in the Spring of 2019. Arman's most recent water polo accomplishments include; 2-time ACWPC Division II Player of the Year at UCSD, 2-time ACWPC All-American and a 2-time (CCCAA) All-American at LAVC. Coach Momdzhyan was selected to compete in the 2017 USA National League with team USA University.

Arman competed at Glendale High School where he helped his team win three Pacific League titles, as well as the 2013 CIF title.  Arman was a 3-time all CIF player, 2-time All-American, 2-time All-Pacific League MVP and compiled 451 goals in his 3 year high school career. Coach Momdzhyan was a captain his two-years under the helm of Jim McMillian & Jason Falitz at Los Angeles Valley College, where he led his Monarchs to back-to-back undefeated Conference championships, and a 3rd place standing in the Southern California regionals. His leadership role continued under the guidance of Denny Harper, after being named the 1st sole captain in UCSD history in 2017.

Arman hopes to provide La Jolla United athletes with the opportunity to reach their full potential, providing a training environment that will best facilitate in their personal growth and development. He strives to provide his passion and love for the game that helped mold him throughout his journey from a small water polo club, to community college, and at one of the most competitive levels in the sport. 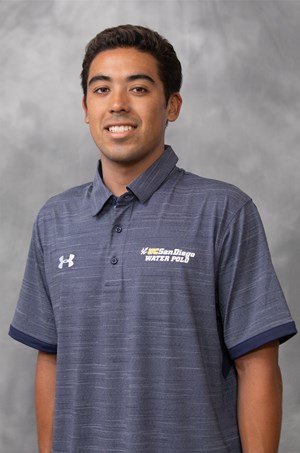 Skyler made an immediate impact for the Tritons squad, being named WWPA Freshman of the Year in 2016, followed by a 2nd-team All-WWPA honors his sophomore year. As a Junior and Senior, Skyler was named a two-time Division II First Team All-American, two-time WWPA First Team & the ACWPC Division II Player of the Year. Along with his confernce accolades, Skyler was named UCSD's athlete of the year in 2019.

With proven leadership skills as a senior captain at UCSD, Skyler will look to provide La Jolla United athletes with the knowledge and skills that helped his transition from age-group water polo to the collegiate level. 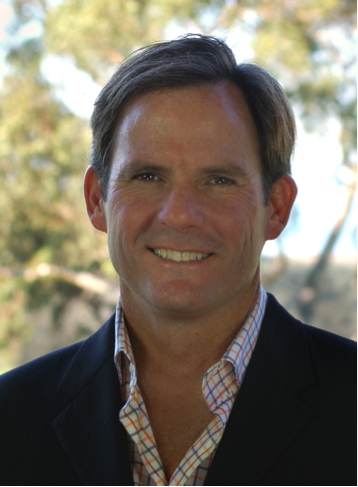 Jay Hagan starting playing waterpolo in 1983, when he was 14 years old.  After 4 years of playing at Palos Verdes High School, Jay chose UC San Diego for his college experience.  Playing all four years, the UCSD Tritons made the NCAA championships twice during his tenure at the school. A two-time co-captain, Jay has always enjoyed being a student of the game.

After graduating in 1992, Jay went on to become the Assistant Coach at Harvard University in Boston for four years, while continuing to play for the local Masters club team at MIT.  Moving with his wife back to the west coast, Jay continued his playing days with the Harvard Water Polo Foundation in the LA area, enjoying several significant tournament victories with multiple teammates from the National ranks. Relocating again, Jay moved his family back to San Diego in 2004, rejoining many former UCSD teammates with the Sunset Water polo club, which dates back to 1976.  Over the last 15 years in San Diego, the Sunset Waterpolo club has won five Masters national championships in a row among the 30s and 40s age divisions which Jay played on.  That core team went on to compete in the World Masters Nationals championships losing a tough match up to the eventual gold medal winning Croatian team by a close margin.

Jay picked up the coaching reins again as his son Liam turned 10 and expressed an interest in playing the game that he has enjoyed watching his father play over the years, which led to the creation of the 10Us age group for La Jolla United.  While not coaching, parenting his two children with his wife Tracy or working in the biotech community, Jay continues to play with Sunset whenever his schedule permits.

Coach JW began his aquatics career as a club swimmer at the age of 7. He started playing water polo at the age of 13. He immediately fell in love with the game and continued to become more involved as he grew older. At San Pasqual High school Jw was a four year varsity starter. His senior year he broke the school record for goals in a season with 130+ goals while leading his team to a top 8 finish in division 1 CIFSD. After high school he continued his playing career at Palomar community college. At the age of 16 Jw started his coaching career at the 10 & under age group with Riptides WPC. He continued to coach 10u & 14u for a couple years and then at the age of 19 he was given the chance to become to head coach/administrator for Riptides while becoming the main coach for the 16u/18u boys program.

From 2014-2018 Jw took an 18u boys team to Junior Olympics three times and in 2017 his 18u team won the gold medal in the Bronze division of JO's. After a successful stint at Riptides, JW was offered a chance to continue his coaching career at Del Mar WPC,  where he stayed for two seasons. Jw is currently the head coach for Classical Academy high school in Escondido. In his first season as head coach in 2018 they went on to become division 3 CIF champions.

Jw is a players coach that focuses on development and putting all players in a position to be successful. He uses his wealth of playing and coaching experience to teach his players the right way to play the game. Teaching young players how to train and understand the game is a passion of Jw's and he is looking forward to bringing that energy to the La Jolla United program.

Rachel Lobato was born and raised in San Diego, and learned how to play water polo at La Jolla when she was 11 years old! She played at the Windansea water polo club through high school, and was a 4-time varsity letter winner at Mission Bay High School. At Mission Bay, Rachel lead her team to 4 consecutive league wins and CIF appearances.

Rachel competed as a Div 1 athlete all four years at Harvard while earning a degree in Human Evolutionary Biology and a minor in Spanish Language. Rachel taught English in Spain for one year, while playing on the club water polo team C.N. Reales in Tenerife. In addtion, Rachel continues to coach Miramar College and is returning for her second women's varsity season at La Jolla High School. Rachel is currently a graduate student at UCSD working towards an M.Ed. and teaching credential.

Bennett Bugelli is a former member of La Jolla wpc and a 2017 graduate of La Jolla High school. Named All-CIF First Team as a senior ... Was an All-CIF Second Team selection as a junior ... Selected as the AFC Tournament Most Valuable Goalie as a senior ... Named the LJHS girl's water polo MVP as a senior ... Recorded 264 saves, 29 assists and 16 steals while only allowing 94 goals her senior year. 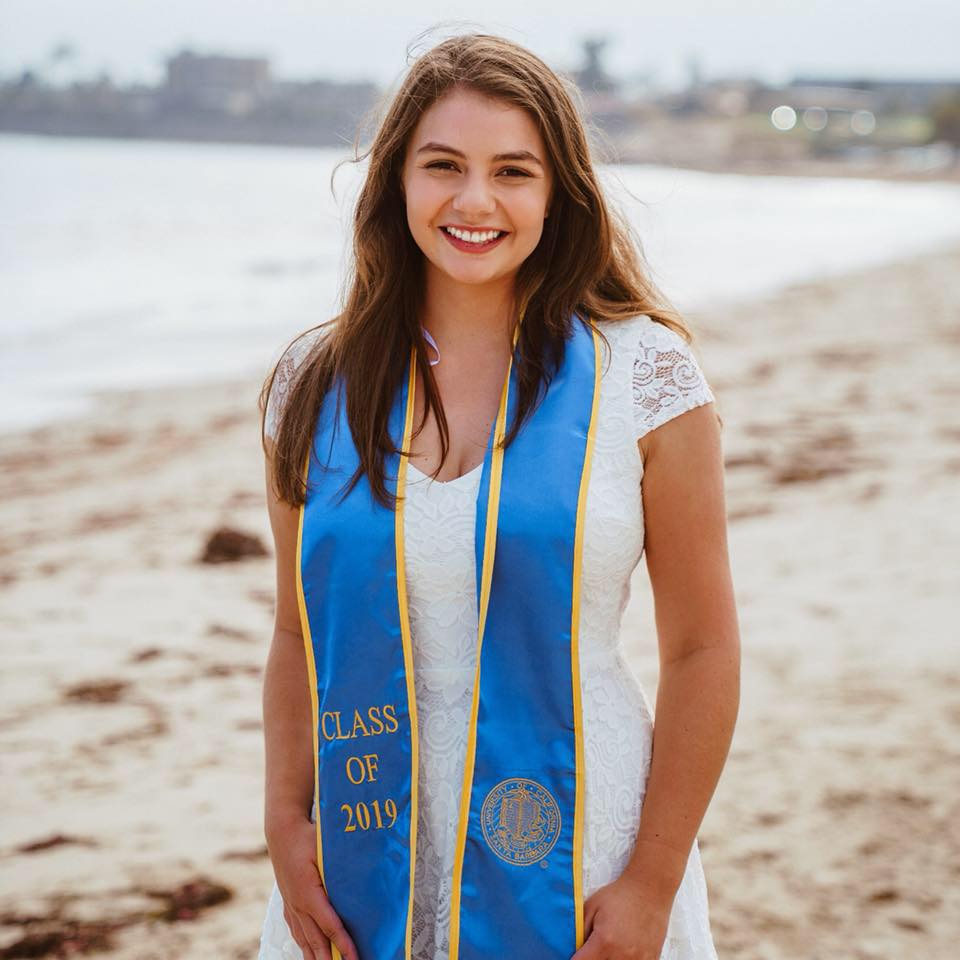 Hannah Lobato was born and raised in San Diego, California and first learned how to play water polo at the Windnsea water polo club when she was 8 years old. She continued to play for the Windnsea club for 6 years until she started high school at Mission Bay. There, she was a four time varsity letter winner and led her team to four CIF appearances. 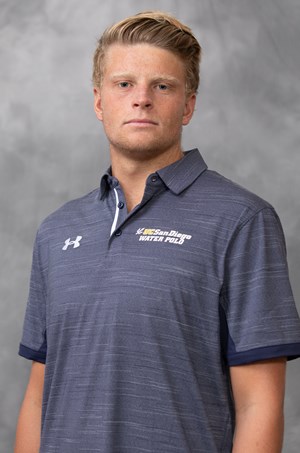 At 21 years old, Nathan Ellinthorpe has been involved with the water polo community for the vast majority of his life. He spent his formative years playing in Long Beach for the prestigious United Club, garnering numerous Junior Olympics Medals along the way.

At 13, Coach Nathan moved to Northern California. During his years playing for the varsity team at Granite Bay High School he collected the following accolades: 2nd Team All-SFL 2015, 1st Team All-SFL 2016/2017, 2nd Team All-CIF 2016/2017. In his senior year, Nathan led his highschool team to the SJS CIF Section Championship. Nathan also spent his summers playing for Alumni Water Polo Club, playing with/against some of the best players in the world. 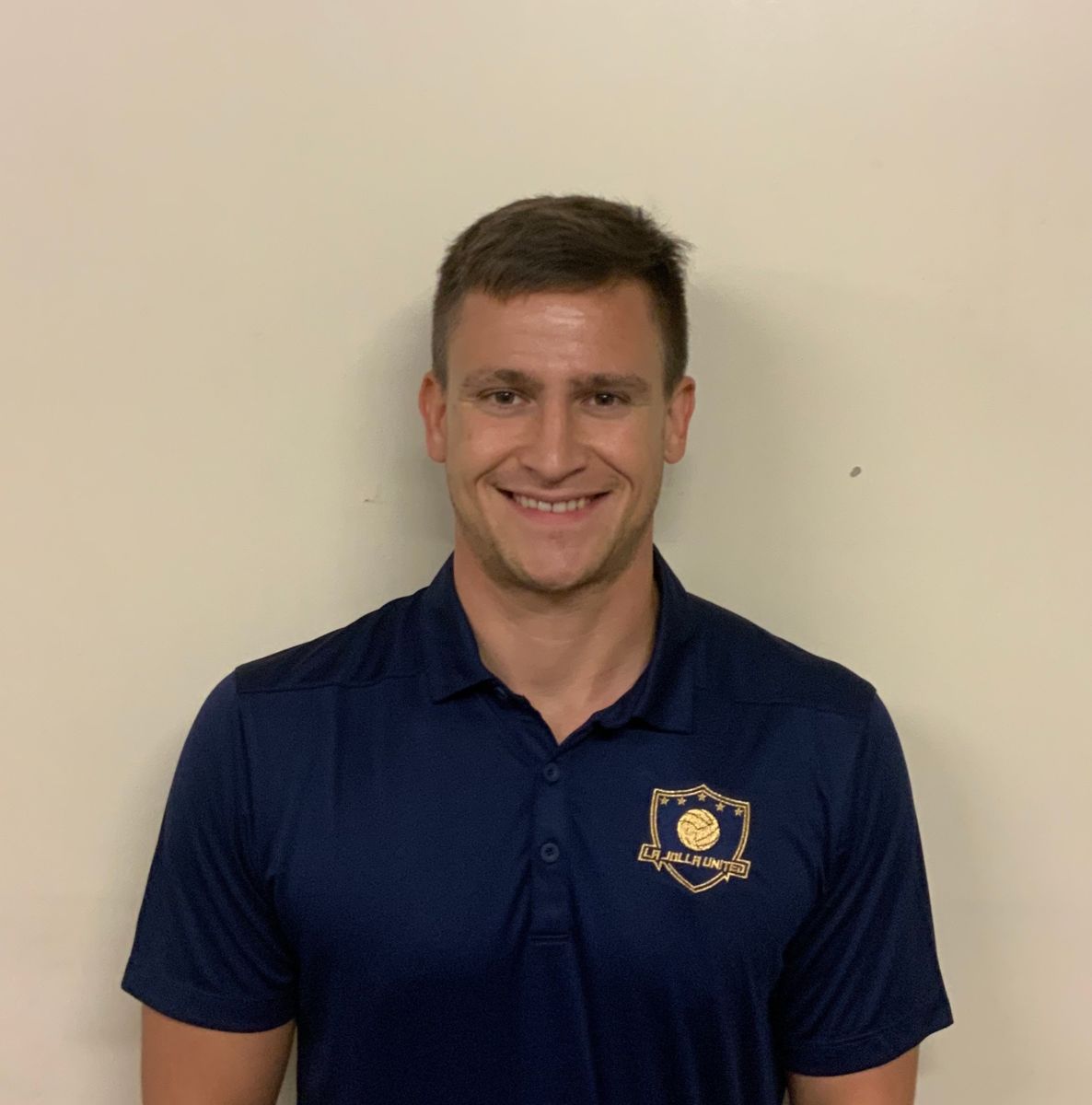 Bojan Hrlec joins La Jolla United's coaching staff after an incredibly successful tenure at local club, Del Mar wpc. A native from Rijeka, Croatia, one of the notable hotbeds of European water polo- Bojan will be assisting with our High School club athletes. Bojan is no stranger to the sport, having competed at the youth level at the age of 6 with Kvarner wpc in Opatija, Croatia. After his extensive youth career, Bojan found himself on Croatia's national pipeline, competing on both the Cadet and Junior National Team from the age of 13-18.

Bojan came to America to continue his successful playing career, attending West Valley College in Northern California from 2010-2012. A two-time All-American, Bojan contributed as the teams leading goal scorer in West Valley's quest to the 2011 State Championship. After his successful two years at the Junior College level, Bojan transfered to UCI with an athletic scholarship, continuing his impressive playing career from 2013-2015. At UCI, Bojan was named a Division I All-American after leading his nationally ranked team with 63 goals as a Junior in 2013.

Bojan quickly found success at the coaching level after his decorated playing career, facilitating with all age groups at Del Mar wpc from 2015-2018. He was named program director in 2016, followed by club president in 2017- playing a big role in the clubs growth and success over the course of 3 years. Bojan was also a member of the Cathedral Catholic coaching staff, heading the Varsity program in 2017. Bojan will be applying his vast water polo knowledge and experiences that helped him throughout his water polo career. 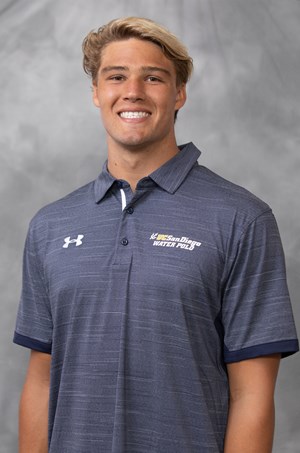 Coach Nemeth grew up playing water polo in Northern California with Stanford wpc, having an extremely successful run as a youth athlete. His club experience is highlighted by a 1st place finish in the 16u Platinum division at the 2017 National Junior Olympics.

Alex attended Sacred Heart Prep in Atherton ... Recording 283 saves with 25 wins and a .605 save percentage in the net as a senior ... A First-Team West Catholic Athletic League (WCAL) selection as a senior ... Named to the CIF-Central Coast Section All-Star Team in 2017  ... Led the Gators to four-straight CIF-Central Coast Section Open Division championships and four-consecutive WCAL titles ... Helped Sacred Heart Prep reach the CIF Northern California Division I championship game as a senior.

Alex will be assisting with our goalies club-wide, providing La Jolla United keepers with the tools necessary to be successful in the cage.